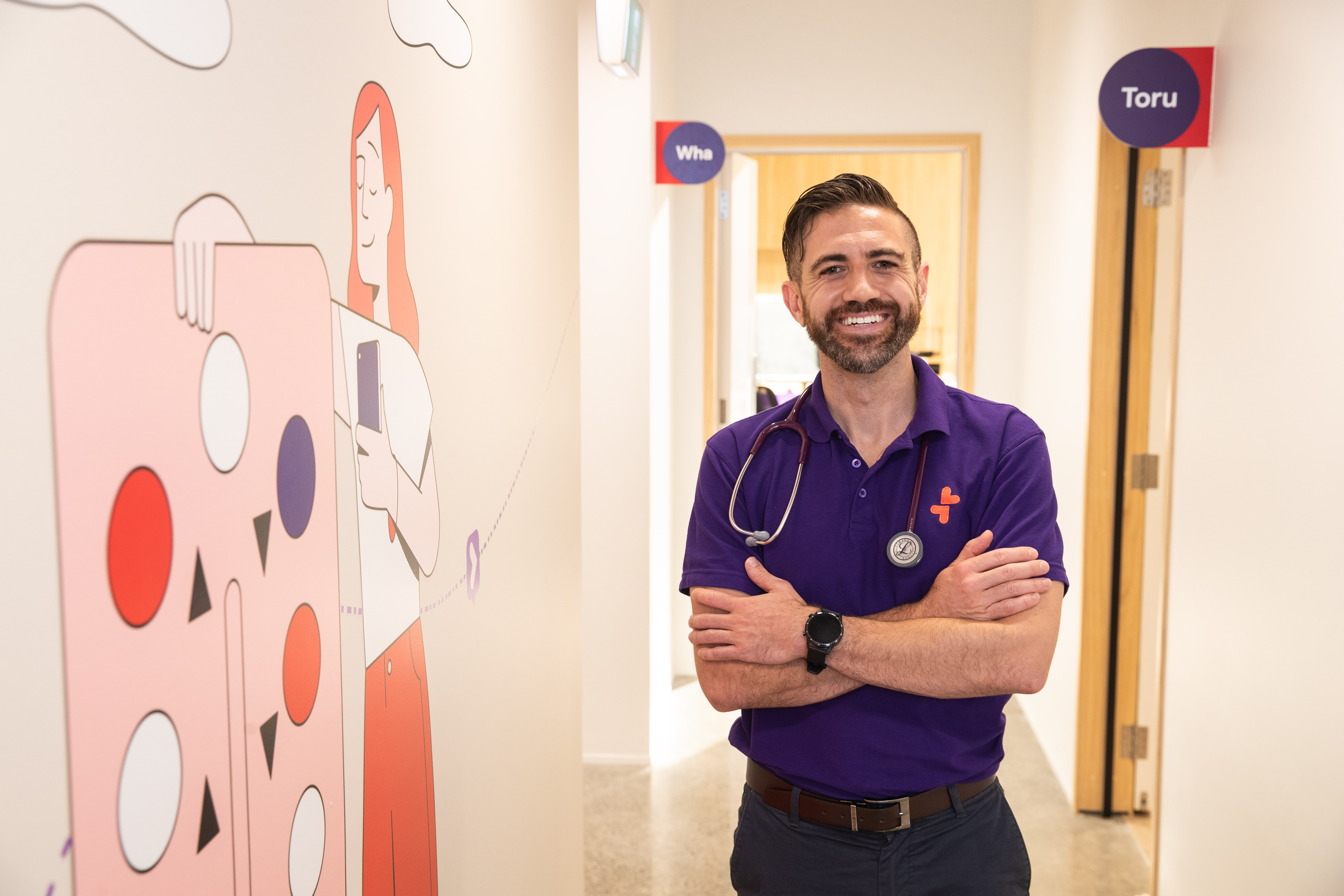 Mataroria Lyndon was intrigued to be approached by the couple whom he would join as co-founders of Tend Health, the digital and in-person primary healthcare provider.

It was 2019 and he had worked as a doctor and built up expertise in public health and health promotion. He was interested in equity and how health technology could help to achieve it.

Dr Lyndon, Tend’s clinical director, says he doesn’t know why Cecilia and James Robinson approached him, but he expects it came about through his association with Lee Mathias at the Health Promotion Agency, of which they were both board members. Ms Mathias is also a director of Tend.

He knew of the Robinsons’ background as co-founders of My Food Bag. Mrs Robinson, co-chief executive of Tend, last month rejoined the board of the food company, of which she was chief executive until 2018.

“I was really interested to hear more about what the idea [of Tend] was, as Cecilia shared her own story around their difficulties in conceiving and how they accessed digital care from overseas when it came to subspecialist services. I think that’s when the idea came about for Tend and that’s when I then got approached and similarly with Josh [Robb, the chief product officer] to be part of that founding team.

”In the US, Dr Lyndon had studied digital healthcare in his Master of Public Health degree at Harvard University. “I took a course in digital health as part of my Master’s and I did my practicum at MIT which was in…critical data. I still keep connected there today and we’ve published research this year and I’ve convened conferences as well.

“When I came back from Harvard into the Māori health team at [Counties Manukau] DHB and into an academic role at the University of Auckland, it really was an opportunity to bring together my interests in Māori health and digital technology.

”But at the time of the Tend offer, he says, digital healthcare was relatively undeveloped in Aotearoa compared with what he had seen overseas. He saw it as an opportunity to improve access to care for disadvantaged groups as well as reaching them with health promotion messaging.

“We know that Māori have a high uptake of smartphones. It would be higher than the general population particularly because of the younger demographic. Nowadays through social medial for health promotion, it’s just an opportunity to use technology as a means for healthcare.”

Born in Whangārei, Dr Lyndon attended Tangaroa College in Auckland’s Ōtara. His iwi affiliations are to Ngāti Hine, Ngātiwai, Ngāti Whātua and Waikato.He credits his whanaunga (relative) Shane Reti – a specialist GP and National MP, and his grandma’s GP in Northland – as a role model who helped get him started in healthcare.

However, he bristles – along with his good-natured laugh – when asked if Dr Reti has tried to recruit him. “No, he hasn’t, and that’s official. No, I’m not looking at politics. I’m looking at getting on with the mahi here [at Tend].”The question seemed a reasonable one, given his apparent ease with public speaking, his profile on television’s The Checkup, and his idealism.

A general registrant, Dr Lyndon says he is not currently doing patient consultations. His main focus is population health, Māori health, and his academic and governance roles.

As clinical director, he is involved in the Tend workforce’s cultural-safety training. Identifying as a gay man, he says he is the “equity champion or the diversity and inclusion champion” as well.

He points to the Tend app as a key aspect of equity for the company because, as well as being in English, it is provided in te reo Māori, and it also lets people choose the pronouns by which they want to be identified.

He says one of his favourite Checkup stories was on HIV prevention with PrEP medicines. He sees it as an important story to help reduce the stigma and impact of HIV for the LGBTQIA+ community.