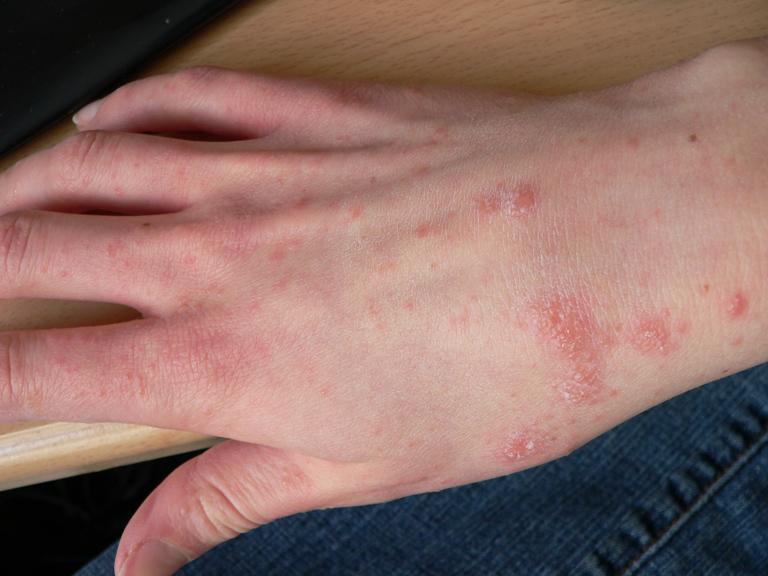 Example of scabies on the hand, many itchy red spots are visible.

Symptoms and treatment for kids

Permethrin is an insecticide ointment used to treat scabies.

How long does scabies last?

After treatment, the itchiness will usually subside within a week. Sometimes the rash may take 4–6 weeks to clear.

Should I see a doctor?

If you know someone who has scabies that lives outside of your household, avoid close contact with them until after they have been treated.

Which specialist should I visit?